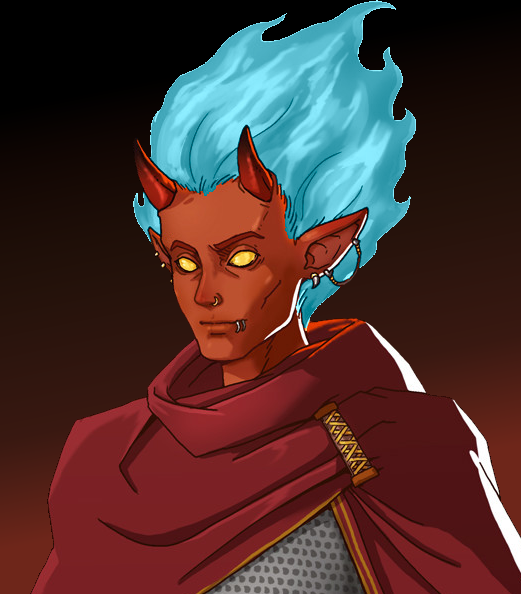 Gold is the only thing Namfoodle loves more than a good jape. When a good-humored sky-pirate offered him the chance to fly all over the world swiping people's gold from right under their noses, he gleefully accepted.

Bud has spend countless centuries drifting between worlds. His history is long, and largely unknown even to him.

Bud is the ruler of the kingdom Budopolis, though he has not held this title for long. Budopolis' populace is almost entirely comprised of Bloodfins, Tortles, Kenku, and Lizardfolk.

He recently discovered that he is the last heir to an ancient tribe of Aasimar, tasked with protecting the Rewera Amulets. 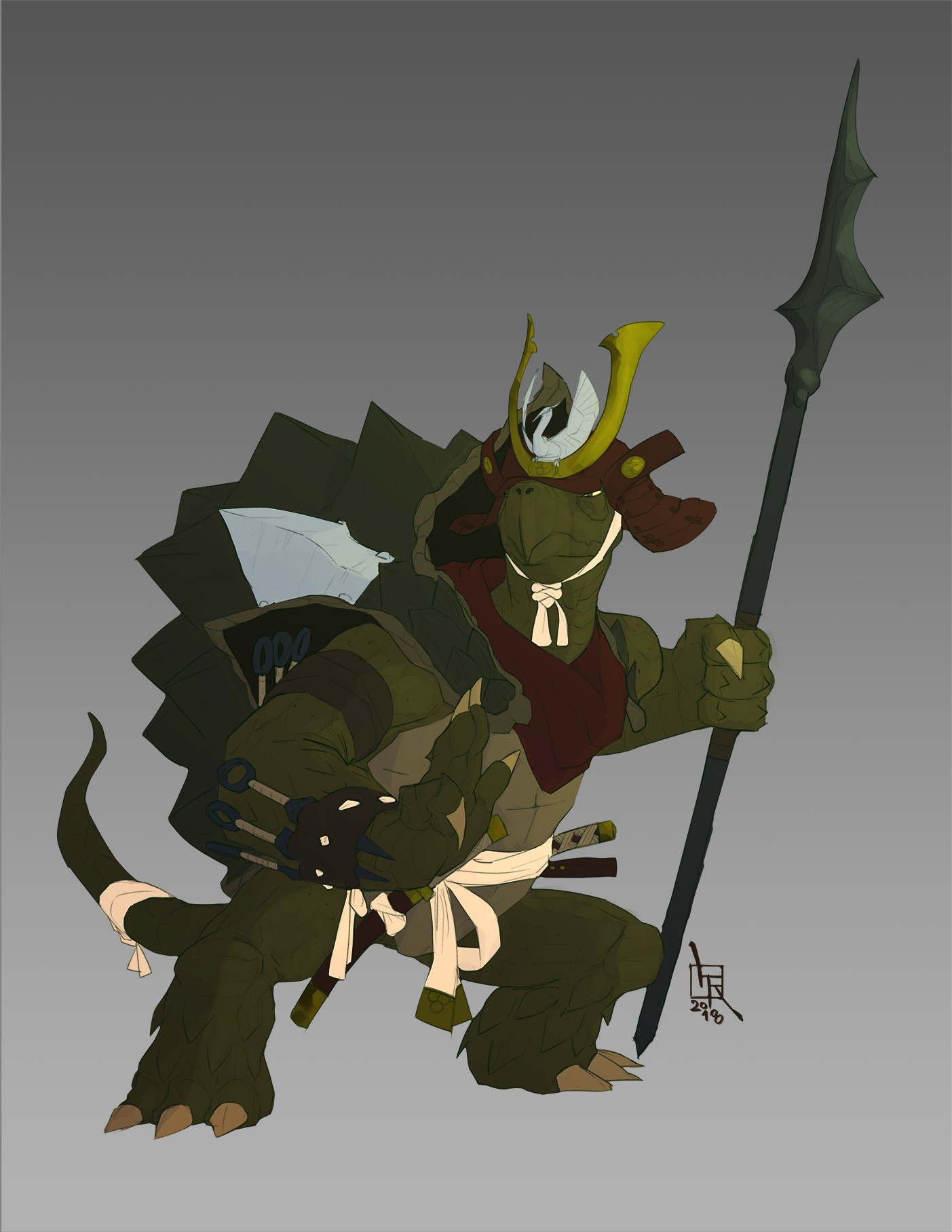 Shamus was forever changed the day he saw his village burned to the ground by a rampaging dragon. Finding himself suddenly alone, Shamus wandered the forest seeking purpose. He met another young firbolg survivor, Sonya. They quickly kindled a romance.

After several happy years together, Sonya revealed a startling truth. She was the dragon who had razed his childhood home, and chose to take firbolg form afterwards out of guilt. She bore the village no ill-will, but had not yet gained full control over her strength. Shamus was devastated, but chose to forgive Sonya.

Eventually, Shamus and Sonya had a child, whom they named Eve. Shamus finally felt at peace. Fate, however, had other plans. Rumors of Sonya's true draconic nature began to spread in the surrounding villages. A mob of panicked villagers attacked during the night. Shamus fought with all his might, but lacked the strength to repel the horde. Once again, he watched as his home and loved ones were burned to the ground.

Losing everything twice caused something to snap within Shamus' mind. He know wanders the world, looking for a way to be reunited with his wife and daughter. He will stop at nothing until he achieves this goal. 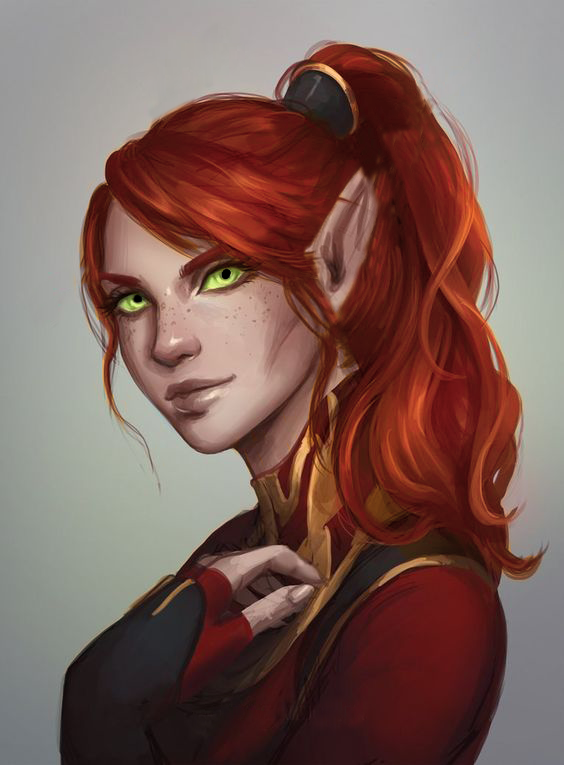 Jasper was orphaned at an early age, and subsequently raised by her elder sister, Marage. Jasper spent her childhood years learning to value the greater good, and practicing arcane magic under the guidance of her sister. When Jasper was nearing adulthood, her sister was called away to war. Jasper used the resources in her sister's arcane study to undergo alterations in order to follow her to war.

Jasper proved to be a ferocious warrior with a strong moral compass. However, her commander discovered that she had undergone mutations in order to enlist. Learning that she was unqualified for service, the commander discharged her immediately.

Jasper continued to do her best to serve the public as a wandering adventurer. Her success was mixed, but she remained content in the knowledge that she served the greater good. Eventually her adventures saw her turned to stone. She spent roughly 5 centuries in this state before eventually being thawed by Cog to once again fight for the good of Geoss. 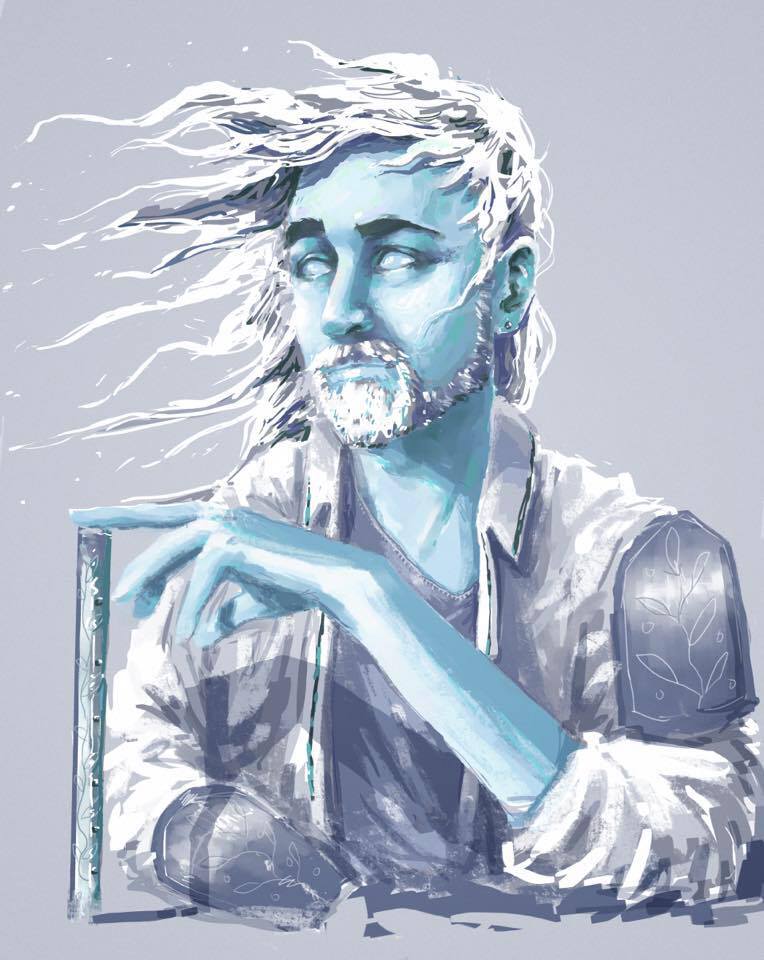 Like most Genasi, Redji never knew his Djinn parent. Redji grew up on the mean streets of Amarillo, where he dedicated his life to the study of the arcane arts. He quickly proved himself gifted with both wand and pen.

Upon deciding that he had learned everything the scholars in Amarillo could teach, Redji set out to explore the larger world in search of new challenges. 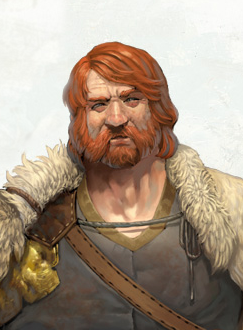 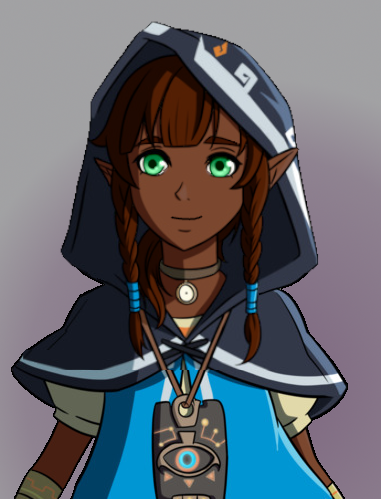 Zenyra was born on a farm, where she grew up raising large birds known as Chocobo. When she neared adulthood, she decided that destiny held greater things for her. Zenyra left her family farm with her dreams as her compass.